Our recent webinar in Spanish with Nancy Cordoba was eye-opening and brought a lot of new ideas on creating roast profiles for Cold Brew. Nancy Cordoba conducted a study at the Universidad de la Sabana on different variables that affect the cold brew preparation, among them the development of roast profiles for cold brew and discussed the process and outcome of her study. She also explored how Cropster Roast helped her, as well as how it can help you achieve this development.

Cold brew has become an up-and-coming trend in coffee that will probably not slow down. Cold brew is an easy alternative to hot coffee and is an ideal product for ready to drink (RTD) coffees. However, in this space, there are still few scientific studies on cold brew when compared to coffee brewing and roasting.

In this study, Nancy and team explored how roast profiling and brewing methods affect the physical and the sensorial of cold brews. With this study, variables such as origin, grind size, extraction time, bean quality, brew methods (cold and hot, drip and immersion), and roast profiles (time/temperature) were considered. Along with that understanding the cold extraction process was divided into 3 steps: evaluating the effects of extraction variables, identifying physicochemical/sensorial changes, and analyzing the links between the physicochemical and the sensorial. 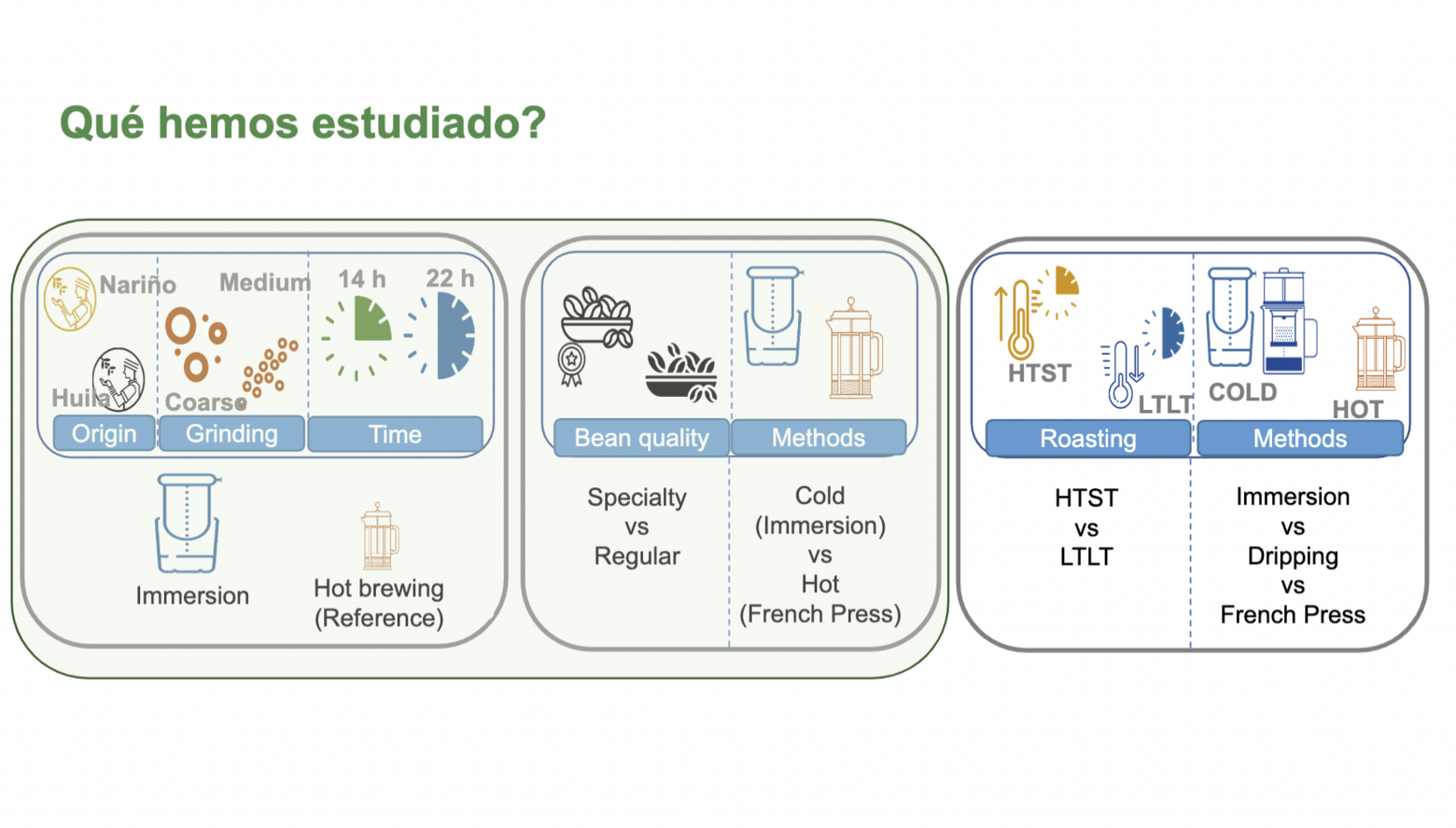 The roasting processes and profiles used in the study are varied. The roast profiles were defined between high-temperature short time (HTST) and low-temperature long time (LTLT). Coffee roasted at HTST profile used in hot and cold brewing allowed coffee beverages with higher concentrations of chlorogenic acids with slightly higher sensory perceived acidity than those brewed with LTLT profile. The change was related to a lower degradation of chemical compounds during short roasts (e.g., HTST) and a difference in the microstructure of the coffee bean (porosity/volume). Thus, these conditions could generate a greater extractability of some compounds when the HTST roasting profile is used. Irrespective of the brewing method, coffee brewed with HTST displayed higher intensity in acidity, woody, malt flavors, and body (mouthfeel) mainly because of the variation in the abundance of some volatile compounds increase of TDS compared to LTLT roasting profile.

The brewing processes used in the study also varied. Brew methods were done via drip and immersion methods for cold brew and an immersion method (French Press) for hot coffee. With these main variables, among a few others, a wide range of factors were analyzed, for example, how HTST roasts were extracted in a cold immersion brew method. Roasting profile variation (HTST and LTLT) in coffee brewing allowed the team to identify more significant sensory/physicochemical differences in hot coffee brewed than in cold-brewed coffees. 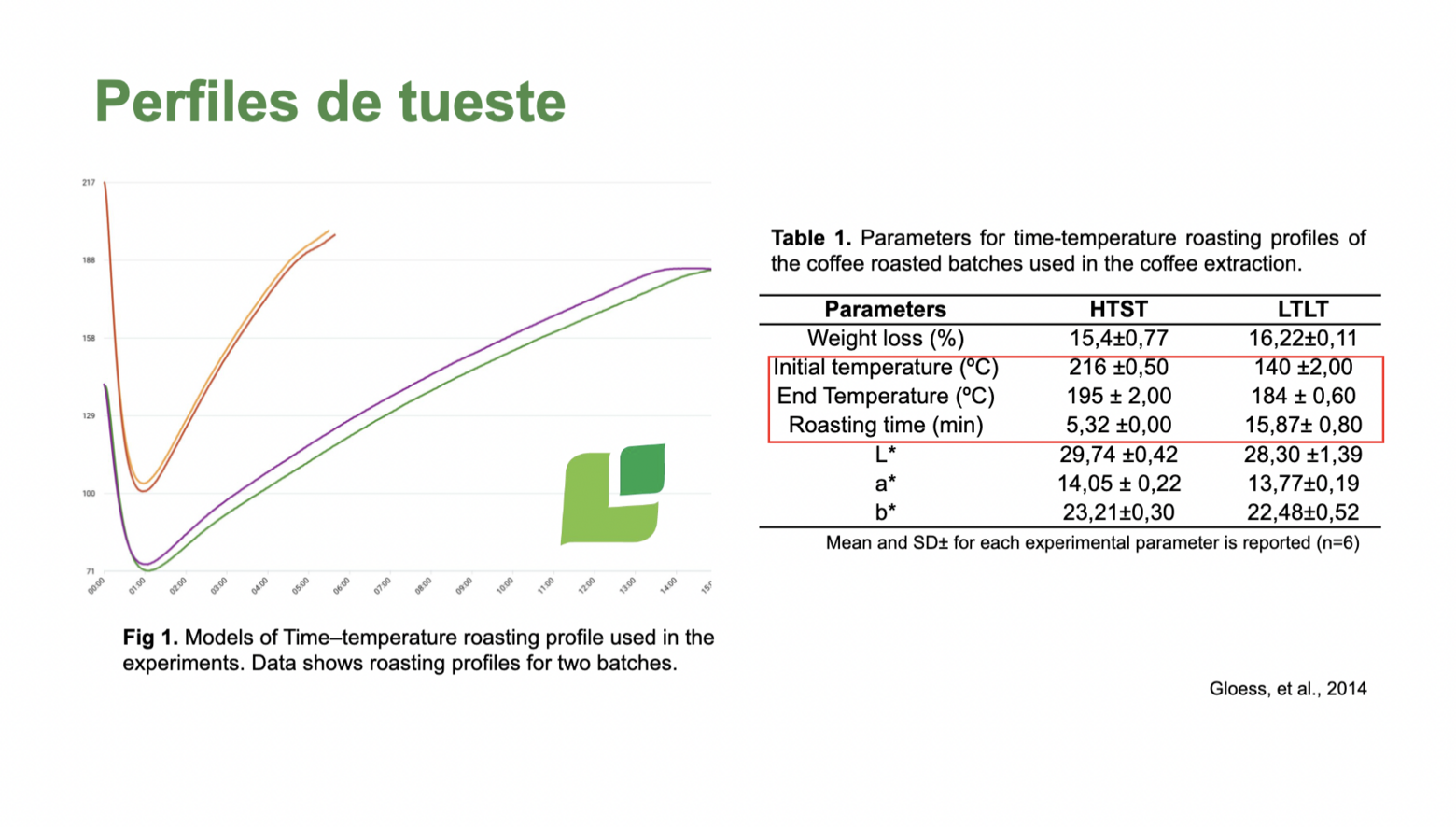 Like most studies have shown, there were clear differences when coffee is hot brewed versus cold brewed. However, the study found that at a brewing temperature of 19 +/- 2 C, “dripping exhibited a higher extraction rate than immersion brewing, which suggests that the coffee extraction process is affected by the design and operation of the cold brewing system” (Cordoba). In the sensory profile, the study found that there was high acidic intensity and a greater mouthfeel with coffees roasted as HTST.

See more podcasts and webinars
We're sorry. There are no articles published yet.