US 2016 Roaster Championship in Atlanta

For those in a hurry, all the final scores and details are outlined below. :-)

At this years US Roaster Championship the green lot was supplied by Ally Coffee Merchants. Roasters Guild took care of all the logistics and the Cropster team handled all the cupping scores using their cupping software to provide a complete overview of each stage of the event. Each competitor had been given 50 lbs and had returned 10 lbs of roasted coffee for the championship. The other 40 lbs was used to profile the coffee before turning in the final submissions. 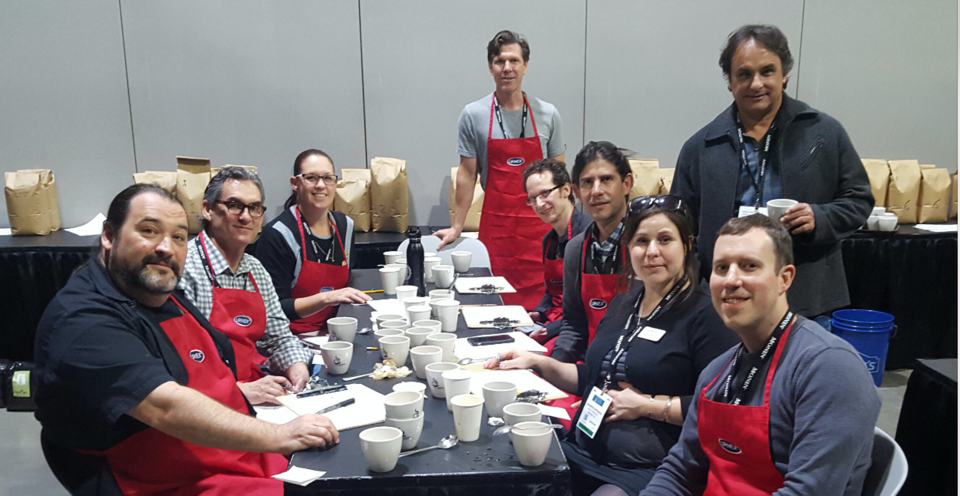 Normally, I wish theyd show us their curves. would be an unusual comment over a coffee at 8:00 am in Atlanta. But as we were bagging this years entries for SCAAs Roaster of the year, it was bound to come up. Blind bagging roasts from 39 roasters, all from the same green batch, was an amazing experience - so many different aromas. Heres how things went at the championship including the all the final scores. 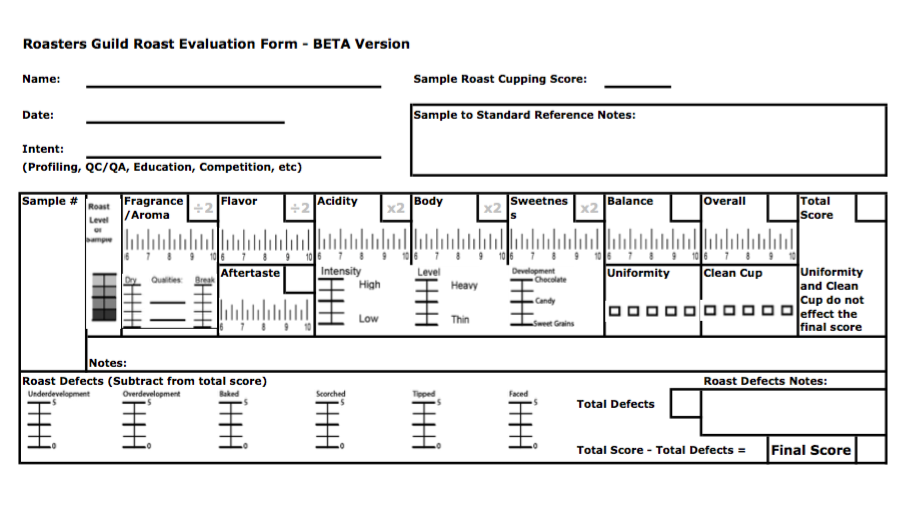 For the last three years, the Roasters Guild has been using their own cupping sheet. The SCAA standard form is excellent for purchasing green arabica coffee and for evaluating separate lots at the same sample roast level. As such, it highlights attributes that typically are toned down during a production roast and reducing recognition for roasters who bring out attributes like sweetness. Roasters Guild developed this in conjunction with the standards and education committees over the last few years. It has been used at the last 3 US Roasting Championships.

For round one, the Roaster's Guild evaluation form was used by the judges to distinguish a difference between 39 different roasts of the same coffee. For round two, the form helped balance the championships entries so that there was significant weight placed on best roasts vs.best green purchase. That being said, having excellent green coffee still definitely helped the round two entries.

It is important to note that the final scores will appear lower than the traditional SCAA scoring system. This is because the Roaster's Guild sheet focusses more on points added for the best roast profiles and less on points removed for roast defects during the evaluation of a green lot. In this case, scores ranged from 63.63 to 78.75. Each coffee was cupped from hot to cool and was served as a brewed coffee to the judges. This allowed them to experience the full spectrum of the coffees.

After the initial round 12 contenders remained. These 12 were then brewed for the public tasting. Public voters were allowed to cast 1 vote for their favorite coffee. This approach showed that while having roasted a coffee for a high score was important, it also had to be palatable and unique enough to deserve a single vote against its competitors. After the public vote the top six roasters moved to the next round. In the next round the coffees on offer changed. This time roasters presented their very best coffees. The challenge was to show how they roast a coffee they have had a chance to profile and optimize. All six coffees were cupped by the judges and then placed in front of the public for another round of public cuppings.

After the second public round there were two clear victors. Kyle Bellinger of NEAT Coffee took second place with a Colombian from San Agustín, Huila from a farm called Finca el Faldón. It ranked highest in Aftertaste, Sweetness and Overall.

Tony Querio, director of coffee at Spyhouse Coffee in Minneapolis took first place with an Ecuadorian Typica from Hacienda La Papay in Saraguro. His offering was ranked highest in the remaining categories and took the most votes to solidify a victory in this years US Roaster Championship.

Working alongside the SCAA, the Roasters Guild team and the volunteers who made this championship possible was a blast. Watching such an experienced panel of judges and reading their notes was a terrific learning experience for all of us. We look forward to sponsoring similar events in the future. We were also thrilled to see how many Cropster customers were in the championship and wed like to congratulate Cropster customer Tony Querio on his win!