Between batch protocol for coffee roasters - the whats, whys and hows from experts

Working closely with roasters and experts in the field is a core part of our process when building and improving our suite of tools to help roasters worldwide get the most from their coffees. Recently, we included many of those insights into our latest release: Between batch protocol (BBP). In developing this feature, we learned a lot about the between batch process, why it is so important, and how roasters use it to maintain consistency. We wanted to share some of that knowledge with you.
Here are some insights from three well-known friends of Cropster on how and why you should focus on improving your own Between batch protocol (BBP). 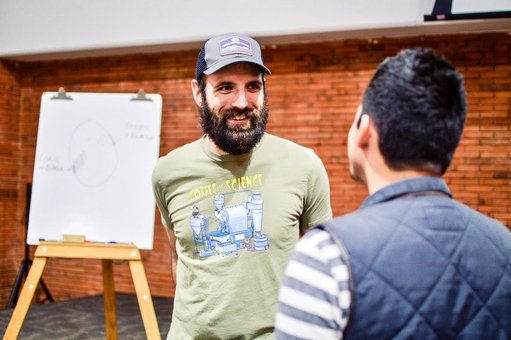 Do you recommend a BBP and, if so, what protocol do you recommend?
Between batch protocols are definitely important. The biggest reason is to keep the starting conditions for each roast as close to the profile as possible. The more the variables are consistent between the roasts, the more consistent the roasts will be. Between batch protocols should help to set you up for success.

Each company has a distinct style of Between batch protocols. Speaking for our company, we’re trying to have as little time between the batches as possible. When there is a break, e.g. someone grabs lunch or we get interrupted and there's more time in between batches, that's where things can sometimes break down. So one thing we do a lot is, we look at multiple different thermocouples for how we're charging, as opposed to looking just at one to give us an idea of the whole roaster.

Let’s talk about heat-up protocols:
Ideally we can also highlight the first roast of the day, as it always is a little different. To heat-up in the morning, you need to take at least 45 minutes to 1 hour (which machine you use doesn’t really matter). Many roasters try to go too fast in the morning and charge the first batch too early. So I have different start-up parameters and then during the day different between batch protocols. 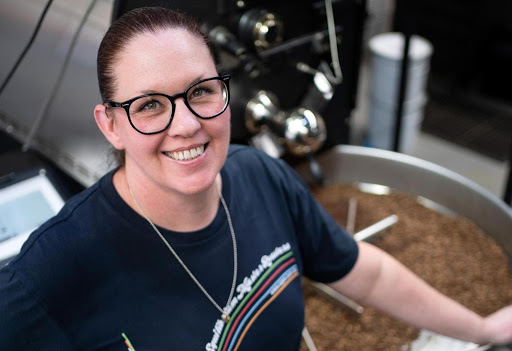 Can you describe your Between batch protocol?
For me it very much depends on the batch size I am roasting (because I would have a specific charge temperature in mind to start with), the conditions in the roasting room on the day, what roast number it is for the day and of course the roast machine and its specific controls and probe. If I'm on a Probat P12 doing a 10-11kg batch size I would idle on ca. 7-8% burner to keep temps nice and hot and steady, but if I'm doing a 4kg batch size I would idle on 0% gas and let the system settle right down. If I am roasting on a Loring, I would plan my batches so that my idle Hi-Lo temps for between batches are set accordingly to be ready for a particular batch size. If I am on a Giesen, I religiously use the Auto function and set the Air Temp according to the batch size I am roasting. But most of the time I leave it on 250C and just let it kick the burner in & out as it reaches temp. Moving on to the next roast is then very easy. So batch size and relevant controls for the specific roasting system I am using are what I use for my Between batch protocols.

Have your clients usually heard of the Between batch protocol before?
Yes, they have heard about it. If customers ask why a profile does not match when they roast, one of the first things I ask is if they have followed the same Between batch protocol. If the starting conditions for a roast are not the same, you won’t be able to reproduce it. It's important to remind roasters that if they don't start their roast with exactly the same temperatures as the profile in the background then it will never 'record' in Cropster the same - and this will be greatly influenced by roasting room conditions, bean temperatures as we go through seasonal temperature changes, Between batch protocol and especially if their exhaust temps are not the same.

What is most important to you for a Between batch protocol? E.g. which variables?
It’s important that you give the machine enough time to cool down and heat back up again. On small batches this could sometimes take up to 10 minutes. I don’t support the idea of opening the roast machine door to cool down the machine faster, as this tries to circumvent the real cooling down and might just lead to showing a lower temp on the sensors (i.e. the machine is not yet cooled down). Which variables you use really depends on the machine. On a manual machine you would set the gas and the air to a specific setting until you reach a specific temperature, while on a more automated machine, you just set the temperature the machine should try to hold (idle on) until you go back to the start gas setting. Most important is to look at the bean temp, but even if the bean temp is the same, it could happen that the roast will be different. Why? Because most people ignore the exhaust temp. Ideally you need to have exactly the same bean temp and exhaust temp when starting a new roast so that the starting conditions match exactly.

The roasting room conditions are also especially important! Especially in Melbourne the temperatures and the humidity varies fast, and they have a tremendous impact on the consistency of the roast.

Besides the machine and the batch size, are there other variables that influence your Between batch protocol? E.g. like the coffee you roast?
Yes, for example, if we compare a coffee from Kenya and Brazil, I would start with different conditions (starting temps). The primary reason is usually the screen size of the coffee, the moisture content, and the batch size. For example, with a Brazilian coffee I would start with a bean temp of 220°C, while a Kenyan I would start about 10°C below that.

Do you think a shorter Between batch protocol could yield the same results if the bean temp and exhaust temps of the next profile are met (just faster, e.g. with different gas settings)?
This depends. I don’t think that you can really speed up the Between batch protocol if you want the same good results, but it really depends on the business. E.g. Some businesses have time to use a Between batch protocol of decent 5 minutes, some not. I usually recommend getting to at least 3 roasts per hour to be most efficient.

At the start of the day, do you follow a heat-up protocol? If so, does it vary depending on the first coffee you are roasting? Or is it always the same, each day?
Pre-heating is super important. Some roasters don’t take enough time to preheat their roasting machine and then throw out the first batch of the day. This should not happen. To pre-heat properly, you need to heat up the machine for at least 30 minutes, as you need to give the material time to heat up. It’s properly heated up if the difference between bean temp and exhaust temp is max 10°C.

At the end of the roasting day, you need to take enough time to cool down the machine. This usually means turning off the gas, but leaving the air on. This is machine dependent again, e.g. a Loring would only take 10 minutes to cool down, while a Probat could easily take 30 - 40 minutes (because of the material). If you don’t take the proper time to cool down your machine, it can cause specific parts in your machine to break sooner, as you cause them to dry out quicker. 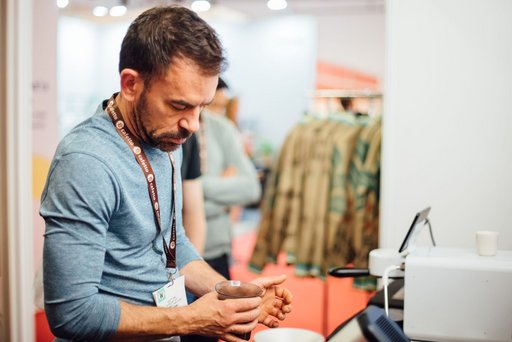 Why are Between batch protocols (BBPs) so important?
The main goal of the BBPs is to reset the thermal energy of your machine from the last batch to the start of the next batch. You want to reset the thermal energy to get to the exact same starting conditions that you had for the last batch (in the same batch size). Starting conditions that can be measured (with Cropster) are usually bean temperature (most important) and exhaust temp. Depending on machines you might have other temperatures. Once you’ve hit your starting conditions, you will start the next roast.
Just because all temps are the same it does not mean that you hit the same thermal energy. E.g. if you take too little time for the BBP (e.g. just 1 minute) you might hit the target temp, but the thermal energy is still different, that is why it is important to have a minimum time between batches.
If you manage to reach exactly the same start conditions and thermal energy for your roast you are set up for a way more consistent roast.

Regarding BBP, what are the most important actions to improve consistency?

So there you have it. Three industry recognised experts on why Between batch protocols are so important and some of their hints for how to make sure your own Between batch protocol is as efficient as possible. We hope you found this content as useful as we did. If you're interested in improving the consistency of your roasts, we'd love to talk, or even give you a demo of Roasting Intelligence (with Between batch protocol included of course). Simply click the link below, share your contact details and we'll be in touch! Thanks and happy roasting, both during and between batches!